Building the Chicken from the Nugget Out 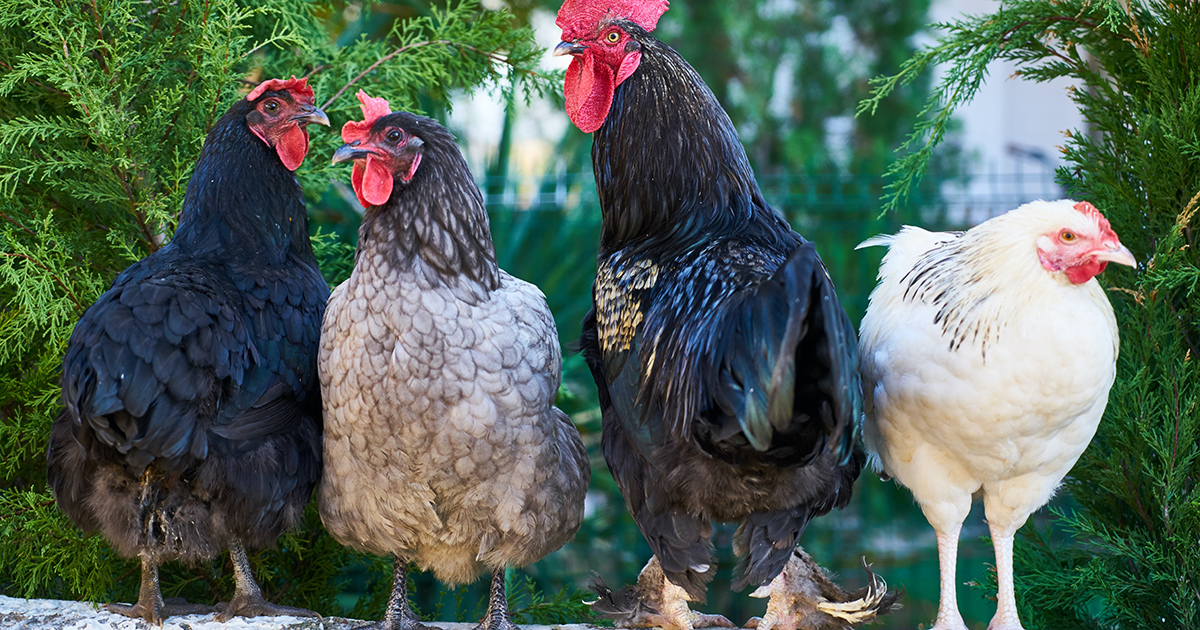 A Reflection by Charlene Boyce

A few weeks ago in a meeting, during an animated discussion, a colleague, let’s call him “Tyler”, made an offhand comment about “building the chicken from the nugget out.” It initially passed without comment, but as what had been said percolated in our brains, the meeting broke into laughter. One of those passing funny moments that add joy to a work day.

The image kept resurfacing, though, as various people called it back for an extra giggle in other meetings.

At some point, it occurred to me that the ludicrous image is kind of a beautiful metaphor for our work in systems change.

(Vegans, bear with me. I have a note for you at the end.)

In our society, we have fully-developed, polished systems for many things: taking the bus, voting, finding a job, driving our cars from point A to point B… almost all aspects of our lives are touched by or part of large, very well-developed systems.

Things become systematized to make life easier, to establish fundamental patterns we can build on, allowing us to focus our energy on new and better things. Think about Steve Jobs: if he had lived in a world without traffic systems, and had had to think consciously every time he drove about where everyone else was in relation to him, anticipating whether they would stop, whether they were wearing glasses, whether they were drunk, while finding a path because there were no streets… he might not have had the brain space to create the iPhone.

And then where would civilization be?!

Okay, that is a silly example, but you get the idea. Systems are there to nail down the things we agree on so we can move on.

The thing is, sometimes the systems develop over time, refining and “correcting” until they are fully processed by a misguided value system.

Chicken nuggets are a human-processed corruption of what was for many a basic food.

Chicken nuggets, the ones we of a certain age remember, the ones we now know are the product of “multiple industrial processes” which is then lightly dusted with a memory of real chicken… they developed for a number of reasons, both valid and invalid, based on a system that valued profit and convenience. The value system that created nuggets did not prioritize nutrition or “clean eating”, nor did it see any inherent value in the dignity of a chicken, let alone the health and wellness of farmers, or the land, or the environment.

Many of the systems we inhabit likewise have over time (or from the time of their origins) enfolded faulty value systems. At one point, the system of taking the bus included designated sections for non-white passengers. Voting systems have often included qualification barriers designed to weed out so-called ‘undesirable’ voters: less-educated, Black, Indigenous, women. In “keeping the peace”, justice systems more often than not impose societal norms that are egregious. If Steve Jobs had been stopped by police every time he drove somewhere, that iPhone might have been a police scanner.

I don’t need to belabour the point, you get where I’m coming from. We as a society have processed and engineered the systems we live by around racism, sexism, homophobia, imperialism/colonization and other terrible values.

When we try to decolonize, to shift and change the systems we live by, we are trying to take that nugget and strip away the processing. We are reverse engineering. We want to rebuild it into a chicken: a whole, living, dynamic thing, an organic part of our world, a thing with inherent dignity.

It’s not a perfect metaphor – I know what chickens are like. I’m a city girl now, but I grew up in backwoods Pictou County. Chickens can be unpleasant. Scrappy. Beautiful and difficult. You can waste a lot of energy and time trying to herd them.

As we explore new ways to interact, new foundations to lay for new systems, things get scrappy. We need to invest time and energy, to learn, pivot, adapt, and continue to dream of new ways to do the work while we do it.

Inspiring Communities nests initiatives to test out social innovation practices and systems change. (We aren’t broody about it though!)

Will our nesting result in beautiful chicken eggs, as we build out from these soggy, processed nuggets? Or will we have to toss the nuggets entirely and start learning to lay…dragon’s eggs? meadows? clouds? Or another metaphoric object we can’t even imagine yet.

“What problems do your solutions reproduce or generate?”

One thing is for sure: the age of the nugget is over.  And I look forward to us hatching something new together.

Note to my vegan friends

I am not intending to lift up meat eating as an ideal in this piece. It works if you also consider potatoes / chips or corn / HFCS… our food systems are rife with examples of otherwise beautiful natural food perverted into something alien.

Food systems are definitely one of the systems that require change, and have implications for not just our health and environment but for ethical living and justice. I am personally not vegan but believe that following a (mostly) plant-based diet is best for the good of the planet, people and health.

Through WeavEast, we have a food systems project in the network, headed by Joshua Smee. We are excited to see what will come of it! You can learn more about it soon at Atlanticfoodvision.ca.